Drug addiction is on the rise with many drug dealers finding teen customers on social media.[1] Once engaged with the dealer, teens are vulnerable to drug use, solicitation for nude photos and videos, coercion, extortion, and even violence. Once hooked, dealers may also use their victims to recruit other teens. Improving their methods one teen at a time, dealers become experts at persuading kids to try that first pill, often lying about what it is and how it may affect them. Most parents would deny that their kids are at risk, insisting that they’ve spoken to them and know their kids would never be so foolish. But if you’re not tracking content on your kids’ devices because you believe they deserve digital privacy, can you be so sure? To help close risk gaps and set appropriate expectations, check out our Screen Safety Essentials Course. With weekly family and parenting videos, you can be confident that you are doing all you can to protect your kids from risks like these. Today’s GKIS article shares a true story about a 16-year-old girl who got caught up in this shocking series of tragic events driven by social media use. Learn about how she got started, the workarounds she used, and what her parents would recommend to help keep your teens safe.

Tom recently shared a tragic story with us about his 16-year-old stepdaughter, Morgan. Morgan is like any high school sophomore. She loves fashion, her friends, and her 17-year-old boyfriend, Parker. She earns straight As and loves to ride horses. Tom and his wife Julie frequently have Morgan’s friends and boyfriend over to the house to hang out and occasionally Morgan and Parker would go out too. Parker seemed like a good kid, and they insisted on meeting his parents right from the beginning. They didn’t think twice when, over time, Morgan started mouthing off, rolling her eyes, and pushing back against the rules. They figured it was normal adolescent boundary-pushing. Besides, Julie and Morgan moved to this new community only a year ago before Tom and Julie got married. They figured there would be some growing pains as she figured out her new school and friend situation.

Over time, however, Morgan’s defiance escalated. She was constantly on her phone, isolating herself in her room, coming home past curfew, and eventually started sneaking out at odd times “to go for a walk.” Grounding her and taking her phone didn’t seem to help, and Julie was reticent to repeatedly punish her due to the screaming fights that would ensue when she tried to implement consequences. Julie felt like maintaining a cooperative alliance with Morgan was more effective than punishment. So, she worked hard to spend time with her daughter and felt that she’d grow out of the teen attitude.

Tom realized it was more than teen rebellion when his neighbor, who worked in law enforcement, came by and reported that he’d seen Morgan buying drugs from different men that would drive up to her during her walks. Julie and Tom were shocked and terrified. They put Morgan into therapy and drug-tested her. When she came up positive for multiple drugs, they put her in intensive outpatient therapy for teens who abuse drugs. They tightened up on their rules and hoped that everything would sort out now that Morgan was getting professional help.

Over time, Morgan’s attitude got better, and she said she liked her therapists. Until one day Julie discovered fentanyl tablets in Morgan’s room and realized they needed to investigate further. Although Julie was still reticent to invade Morgan’s privacy, Tom insisted they confiscate Morgan’s phone and restrict social media and socializing privileges until they could better understand and control the situation.

When they accessed Morgan’s phone, they discovered she was swept up in many dealings with multiple drug dealers, most of them adults and some in gangs. They also saw text exchanges that demonstrated that she and her boyfriend were offering nude photos and videos of them having sex in exchange for drugs. It was also clear that Morgan had sex with some of the dealers in exchange for drugs. Julie and Tom were heartbroken and reached out to law enforcement.

From the phone content, several arrests ensued and Morgan filed a restraining order against Parker. The videos revealed that both teens were under the influence during the sexual encounters and Parker may even be charged with a crime since Morgan is heard saying “no” in some of the videos.

Morgan was immediately enrolled in an online charter school and has been admitted to several inpatient drug rehabilitation programs. She takes the prescription drug, Suboxone, to help her avoid opioid withdrawal and stay off fentanyl. Tom and Julie deleted her social media profiles and don’t allow her any screen use except when she borrows her mom’s phone for browsing here and there. Despite these measures, she has found alternative ways to communicate with old friends by using and sneaking other people’s devices and using the computers at school. As she “unlearns” the manipulative, unhealthy behaviors typical of addiction, she has been kicked out of various schools, friend groups, extracurricular activities, treatment centers, and therapy groups. It will be a long road to healing for Morgan. Although Julie and Tom did the best they could, they wish they would have done more and sooner.

When we asked Tom what he wish he’d have done, he shared the following suggestions:

If I had known how rampant drug sales are among middle and high school students on social media platforms like Snapchat and Instagram, I would not have allowed any social media until the age of 16 minimum

I would have set up more stringent monitoring on all devices and computers, and I would have provided a talk-and-text-only phone with no way to add apps and no way to access the Internet until the age of 16.

I would have volunteered to be the pickup parent instead of the drop-off. Kids are smart. They knew I would catch them if they were under the influence when I picked them up.

I would have shut off our Wi-Fi network every night and checked which devices were using our Wifi. Morgan was able to sneak a “burner phone” at night until he realized that he could monitor WiFi use.

Finally, I would have set up random drug testing as a general policy. Parents who assume that they have no reason to drug test their kids because they’re athletes, straight-A students, or generally good kids still can’t be confident their kids are not being influenced by dangerous others. Drug testing is an insurance policy to help keep your kids alive.

If you want to get into smart parenting habits before your kids run into trouble:

Use our free Connected Family Screen Agreement (and weekly GKIS Blog articles) to set rules and expectations when your kids first get ownership over digital devices and social media platforms. The first rule is that nothing on your device is private, and parents get anytime access.

Purchase our Screen Safety Essentials Course to support the whole family and parenting team for better screen safety and a more honest and cooperative home life.

Check out Social Media Readiness Course for tweens and teens. This course offers 10 modules that teach screen safety issues and psychological wellness tools to optimize mental health in both real-life and digital landscapes. Each module offers a quiz to demonstrate mastery of content.

Finally, talk to your kids, be consistent with monitoring and screen use rules, and don’t assume they won’t experiment with dangerous situations. To learn more about which social media platforms are popular for drug deals and the emoticons they use, check out our article A Teen’s Addicts Confessions About Online Workarounds.

Photo by Myriam Zilles on Unsplash

Photo by sebastiaan stam on Unsplash

Photo by John Schnobrich on Unsplash 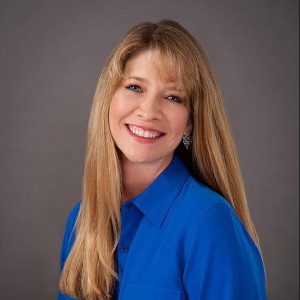